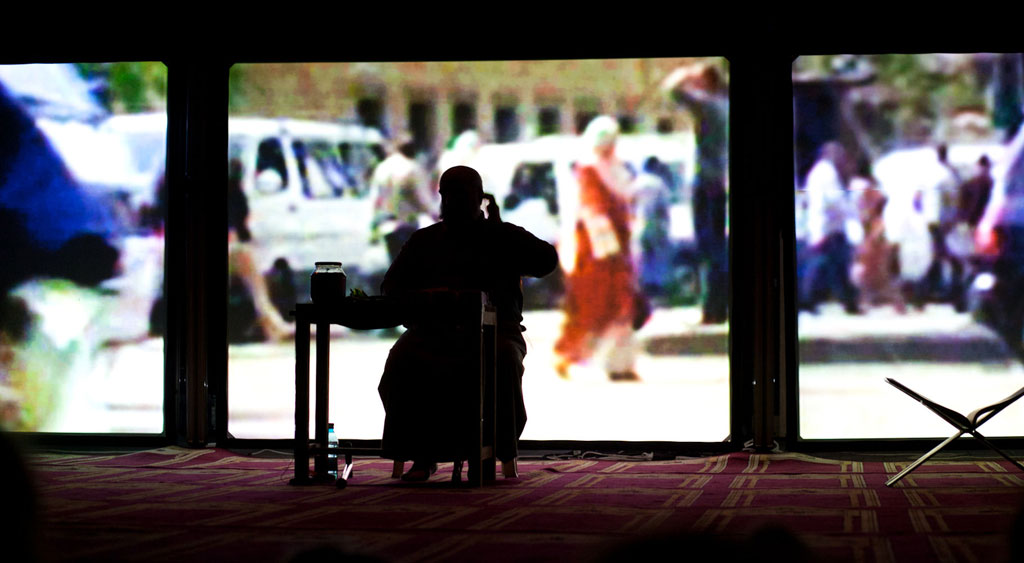 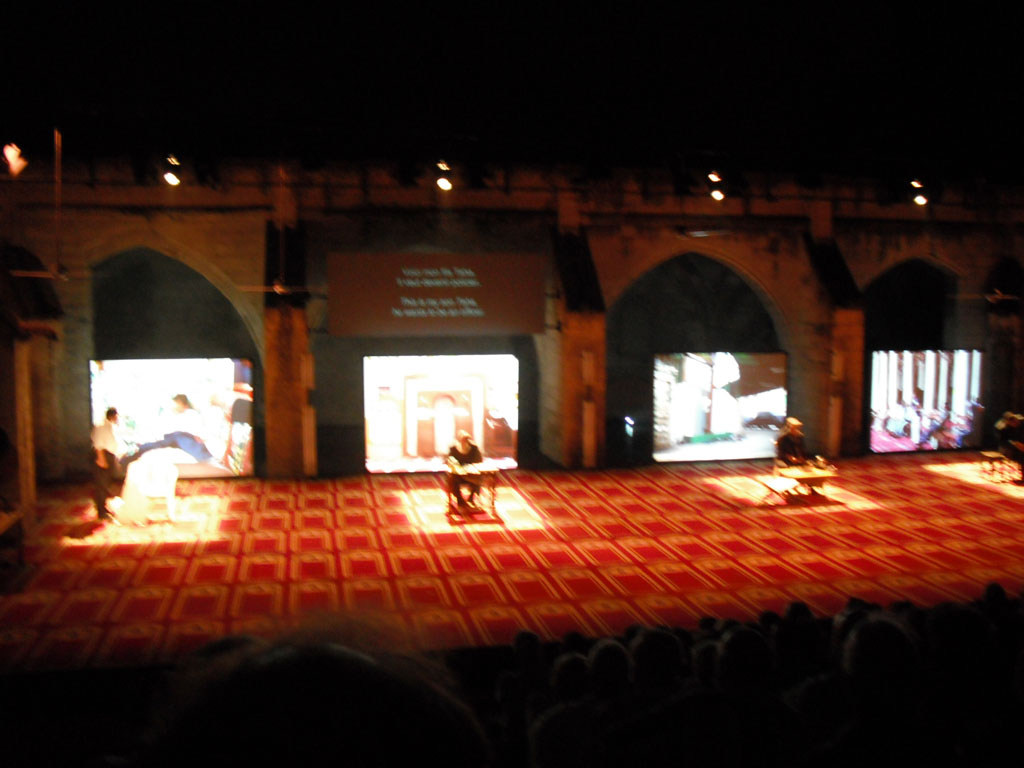 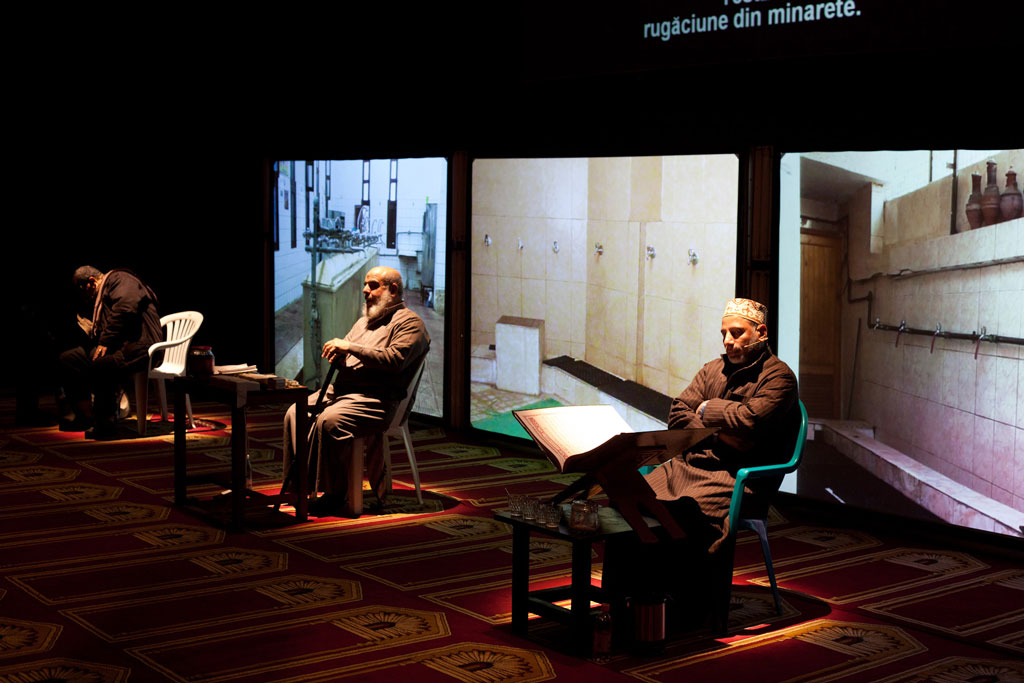 A production by HAU Berlin and Goethe-Institute Egypt. After a preview in Cairo december 2008, “Radio Muezzin” premieres in Berlin, 2013

A freed slave became the first muezzin because he had a honey-sweet voice. Later muezzins used to climb the minaret to make the call to prayer, the Adhan. Until the 1950s, most of them were blind – to keep them from peeping into windows from the minaret. Now their voices resonate via loudspeakers – while they stand in the mosque with a microphone in their hand.

In Cairo most muezzins are government employees who often sleep in the mosques and rarely visit their families living in remote villages. Besides being responsible for the call to prayer, they are also often caretakers of the place of worship, they clean the mosque and close the doors in the evening.

Their calls mingle above Cairo, the city of a thousand mosques (there are actually about 30,000), forming a multifaceted soundscape. This is however about to change: The Minister of Religious Foundations wants to introduce a centralized muezzin by the end of this year. The government will broadcast a single muezzins voice live on a radio channel simultaneously to all government mosques. This will abolish the cacophony, but also the diversity of prayer cultures. Will thousands of Egyptian muezzins fall silent?

“Radio Muezzin” focuses on four muezzins: a blind Qu’ran teacher who travels to the mosque in a minibus for two hours every day; a farmers’ son and former tank driver from Upper Egypt, who vacuums the carpet in his mosque; an electrician, who began to recite the Qu’ran after a serious accident, and a bodybuilder and runner-up world champion in Qu’ran recitation.