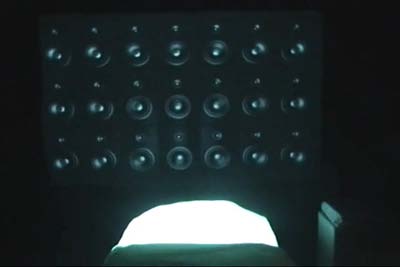 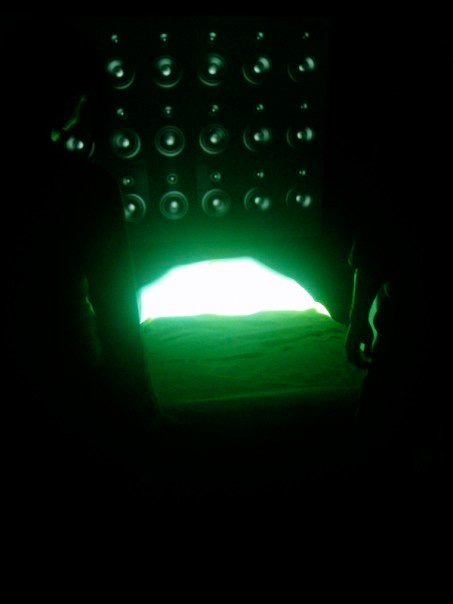 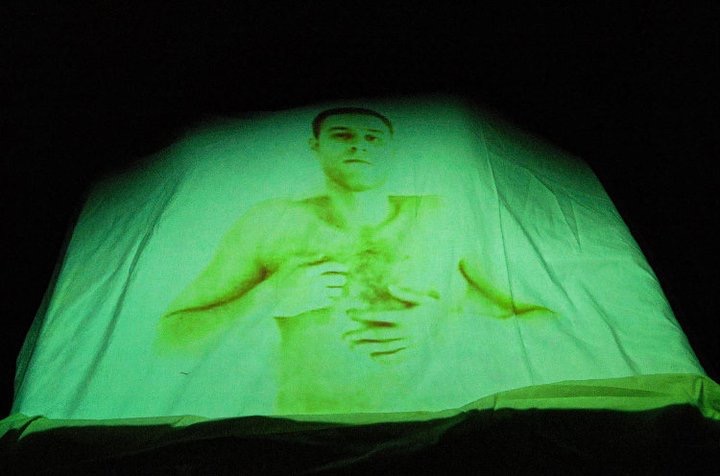 A video screen showing a wall of speakers vibrating like they produce a huge amount of sound, but there is no sound in the room. There is a bedroom in the middle of the room where a video is projected on its blanket of a man sleeping. As soon as anyone sites on the chair beside the bed, the video began with random clips about different subjects.

the video clips is a response to the room situation, for example he gets up in panic of the loud noise which is not there and ask the one who sites if he could hear it, if he could feel its power that is deafening him.