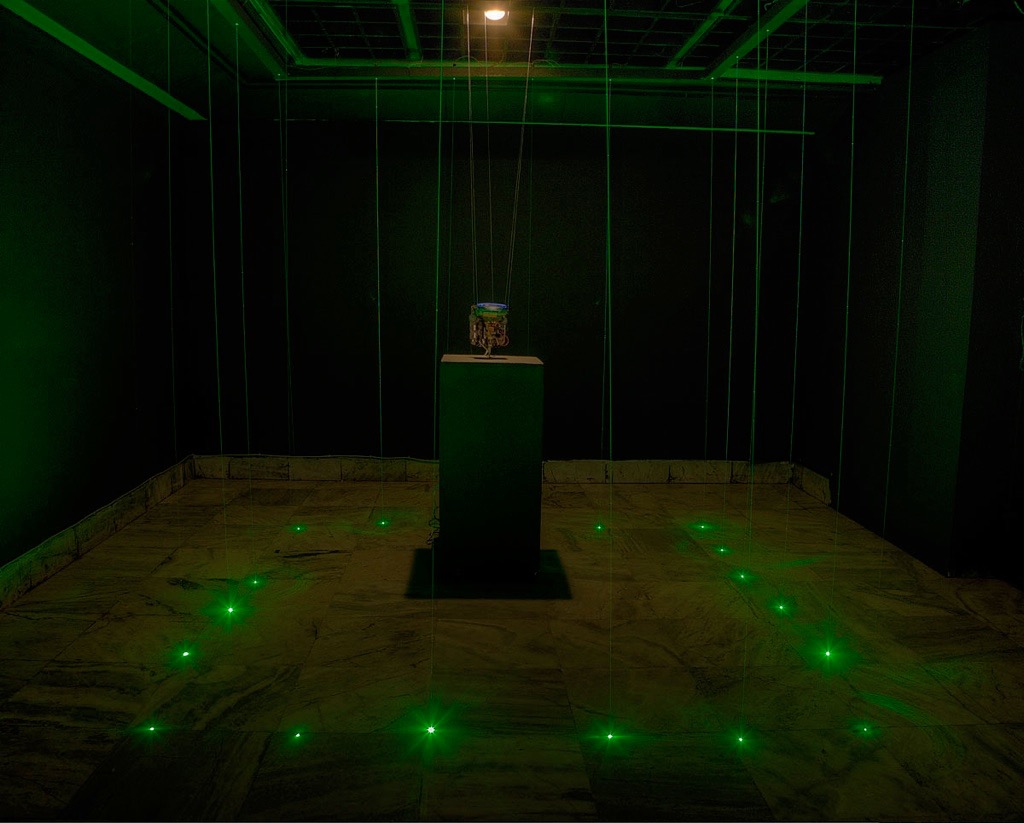 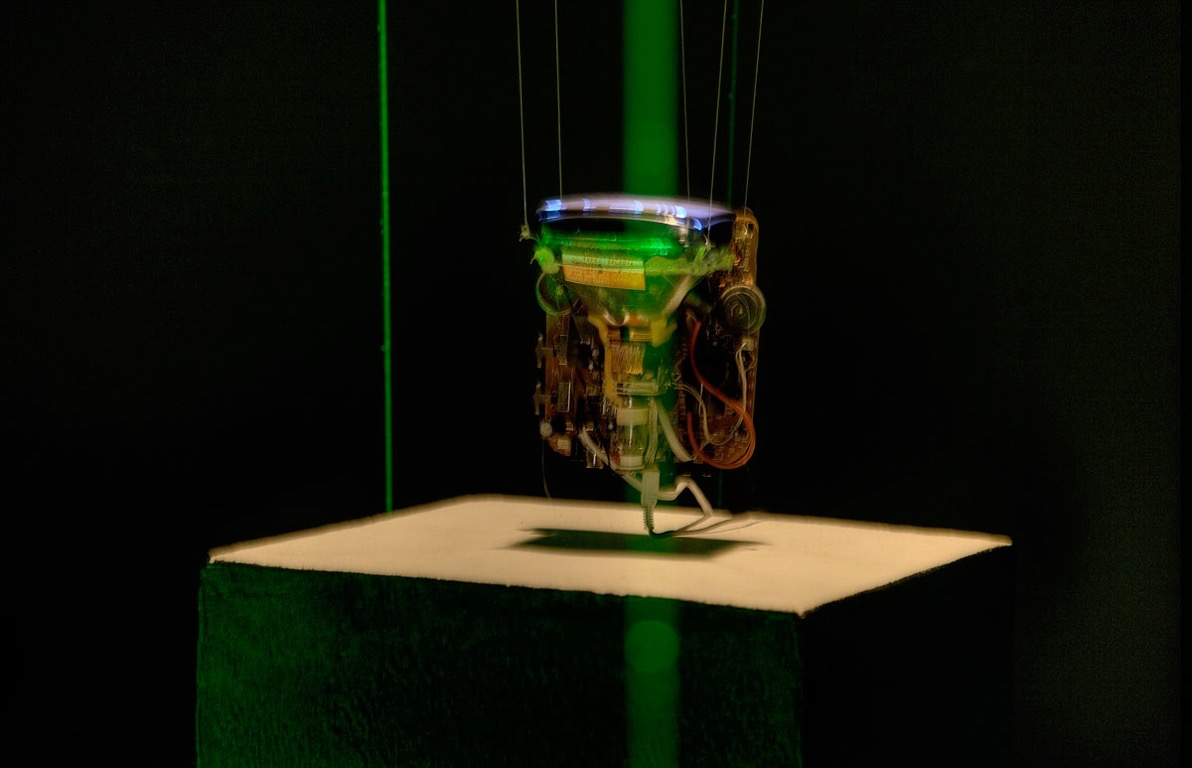 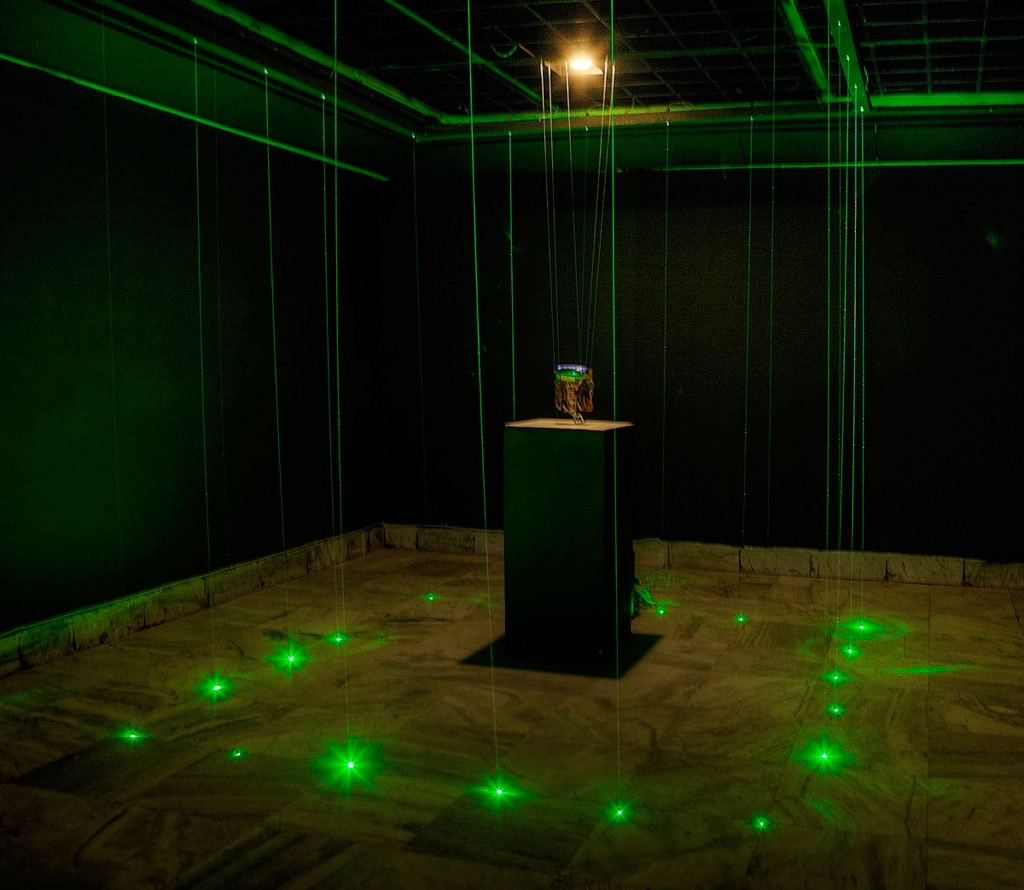 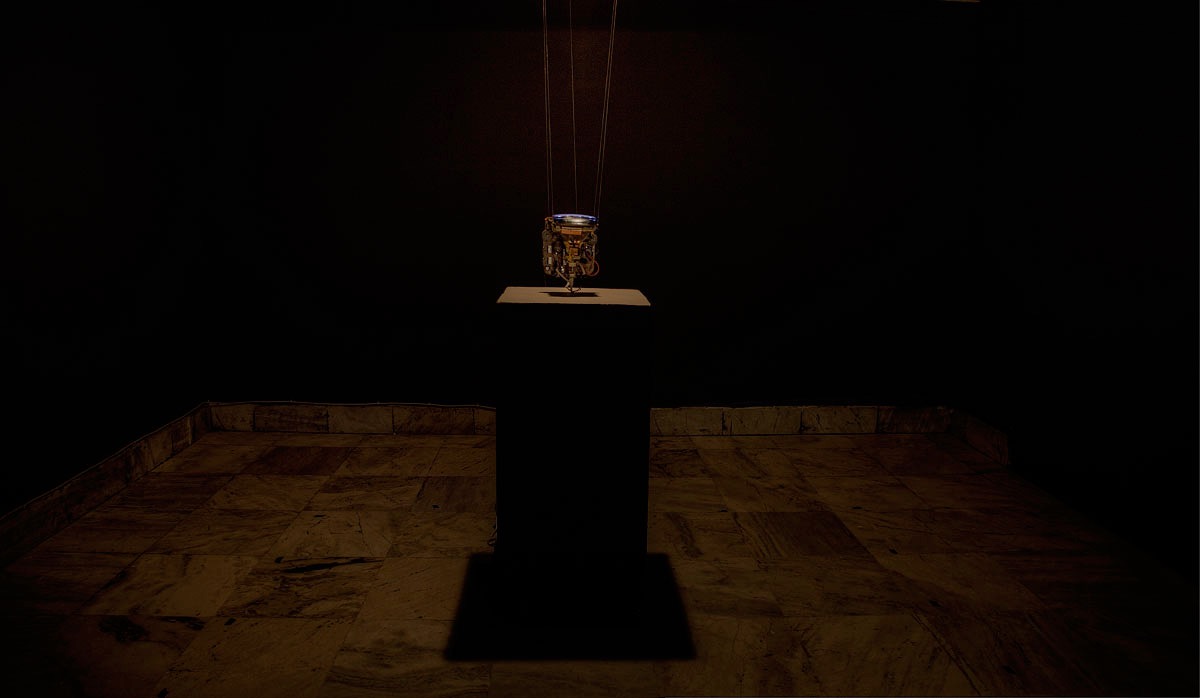 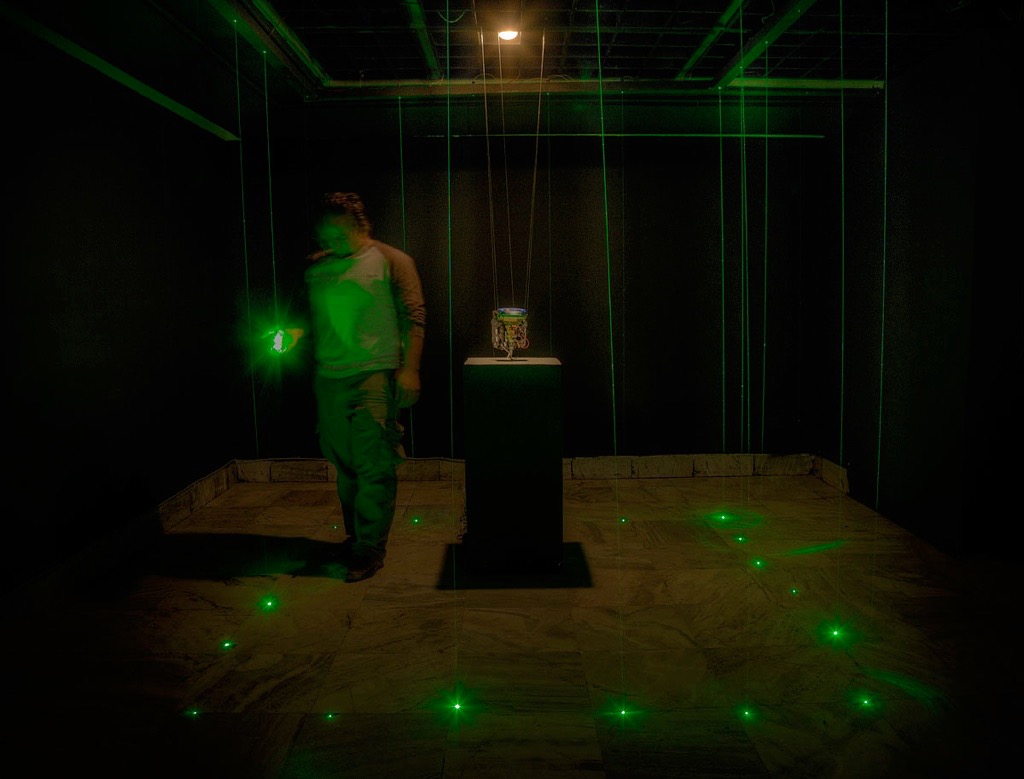 Trap // 02 interactive installation conveys the interaction between perception of reality and the perception of the spoken words, putting the people in an irritated position leading them unknowably to their deceivable trap.

People entering a dark room with white stand where they can see a small tv in a horizontal position lightened by a dimmed spot light. People can hear voice in the background come out of the tv.The voice is saying:
We are living the era of freedom, the freedom of thought, the freedom of expression, the freedom of criticism. We are building the glory of our nation, fulfilling all our hopes. Our achievements speaks for itself, in all squares of Egypt giving birth to the great incredible project as the perfect gift to our people. The wheel of investments keeps rolling…

The spoken words for Egyptians who are living in Egypt is very provocative due it’s contradictory nature to our living reality. This is the proactive act which makes people so curious to see the video on the screen, once they come close to the tv they cut a unseen infrared beam that activates a set of laser beams around the spectator emprisoning them. Spectators get stunned and unease. Some even are affected much more that they are afraid to get out as not to get hurt. The project plays on the distraction of the spoken words and perception of reality which enlarges the effect of walking into trap. Laser beams is activated by infrared sensor that runs for 15 secs and then turns off automatically and activated once more when another person approaches the Tv and so on…