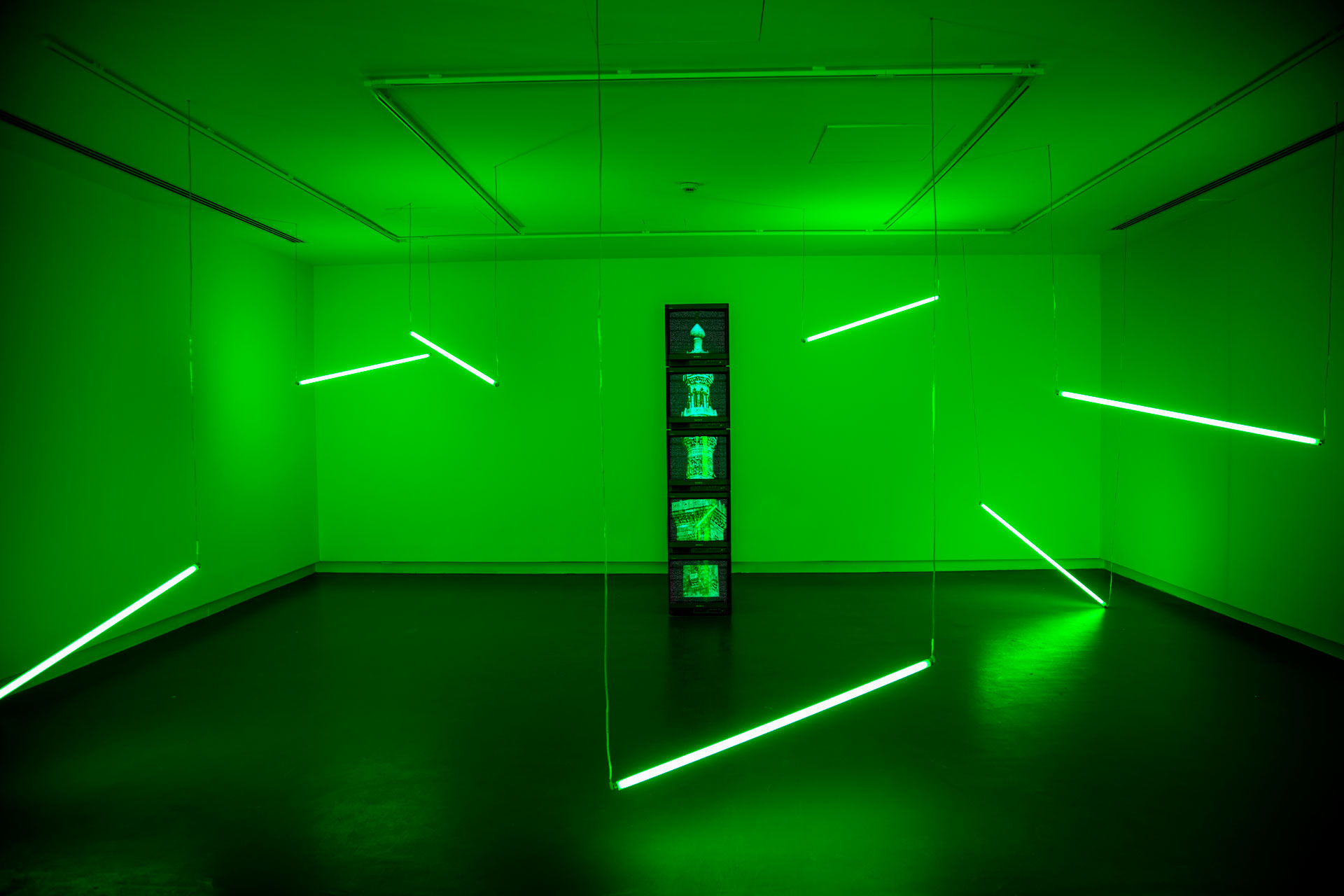 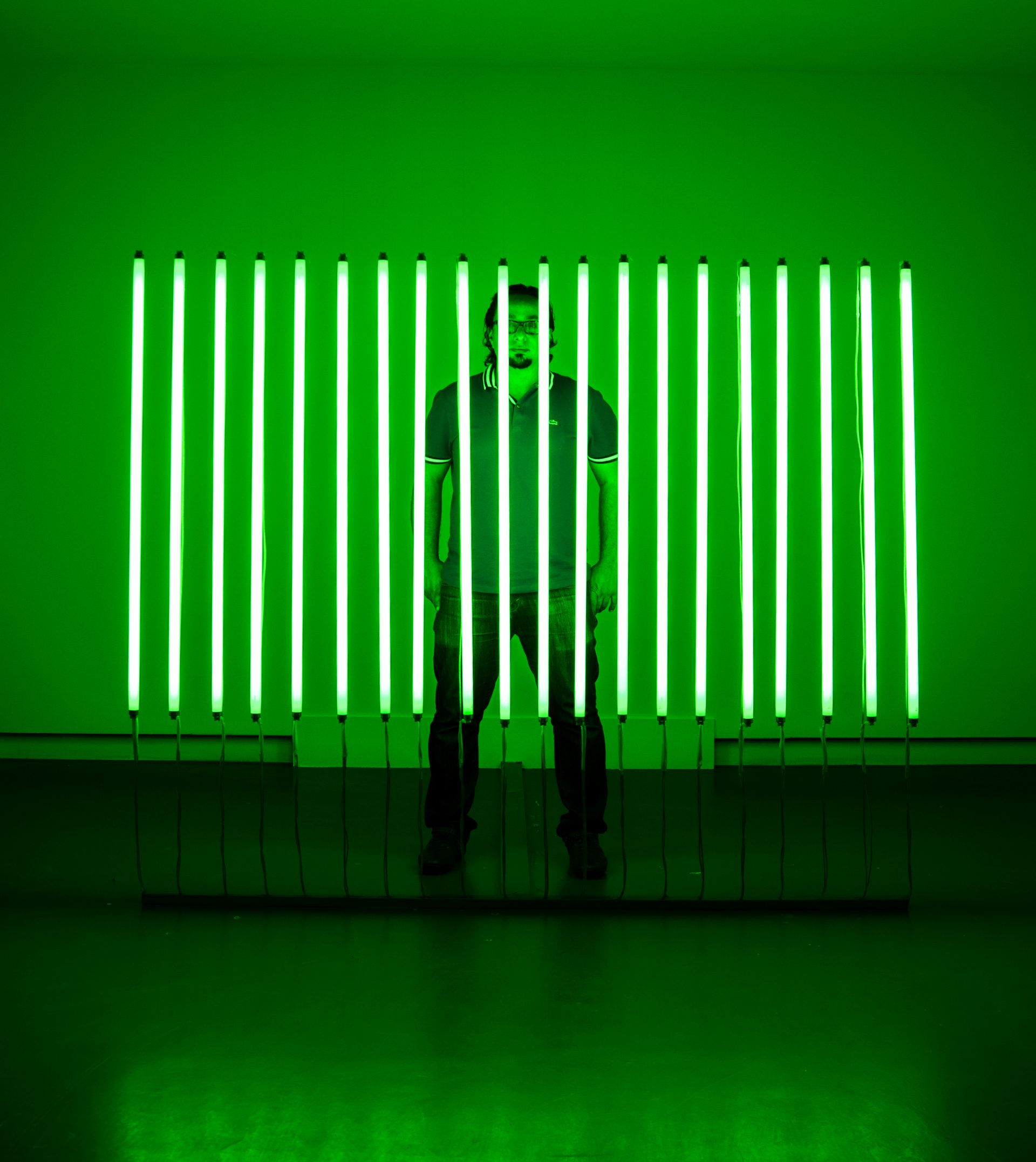 The minaret is solid architectural islamic form. The Minaret is  one of the main component of the islamic culture and organically related to every mosque. The artwork reintroduce the shape of the minaret but with digital interpretation. The minaret has been defragmented to different parts, using five video screens -as an assemblage- forming the whole body of the minaret. It is a video sculpture using the digital formation of the islamic element of the minaret with relation to the surrounding green neon light. Green is also a common color related to islamic culture in general and specifically related to the minarets in Egypt. Green neon lights are visible at night in most of the Egyptian minarets.

The green light appears floating into space around the minaret not attached to it as in real life, which is reflection to the spiritual feeling that the green resemblance. The whole installation leave you in state of silence trance, that you even  take seconds after you leave to adapt to normal light again.

The artwork  questions the solid concept of the islamic culture and how it has been defragmented and manipulated in the digital modern era, it became a vague visual appearance to an idea that is not clear any more.